Storming of the Indorie Qila

We finally raised the PedalYatri flag on the Indorie Qila (Indorie Fort). Of course it was a notional one on wikimapia, but it felt special because two of our previous attempts of finding and reaching it had failed.

A ‘century ride’ by all means, it was around 125 kms for most people – give or take a little depending on where one started from. But felt much longer because of the ‘last mile’. The architects of the Qila had done an obviously good job, even when we reached it, we just couldn’t find a path into it. Eventually we had to climb a couple of hundred feet (for over an hour), sometimes pushing our bikes and sometimes carrying it on our shoulders.

The Qila, for those who may be interested, it was made by Yashwantrao Holkar sometime in the late 1700s. This ‘maratha’ ruled his kingdom from Indore, and that is why this name for the fort. The qila is now in ruins; we did not even see a ASI description board. Fortunately it is very difficult to get to, and tourists are unlikely to get there and ruin the ‘ruins’ any more. 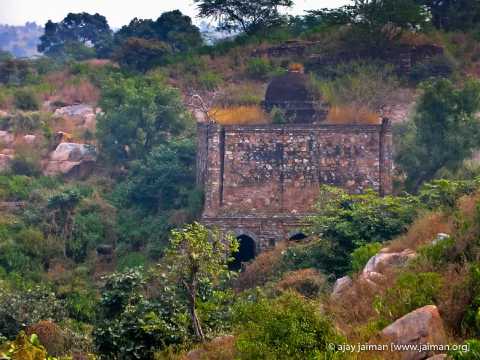 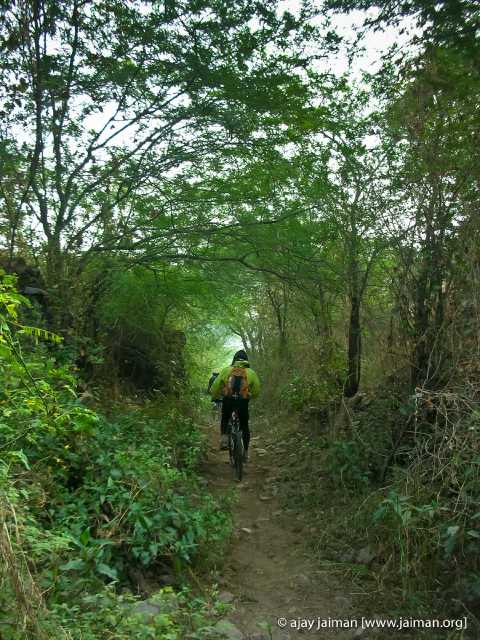 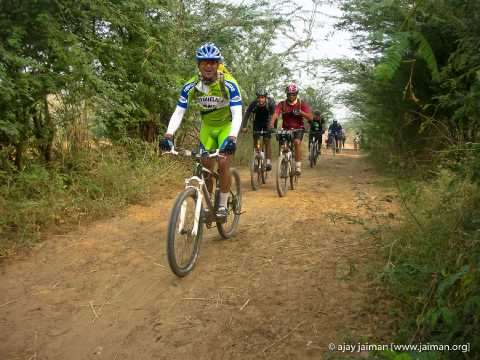 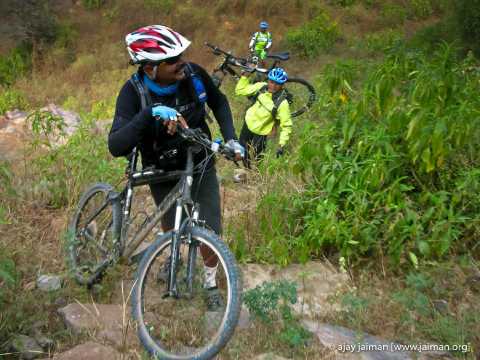 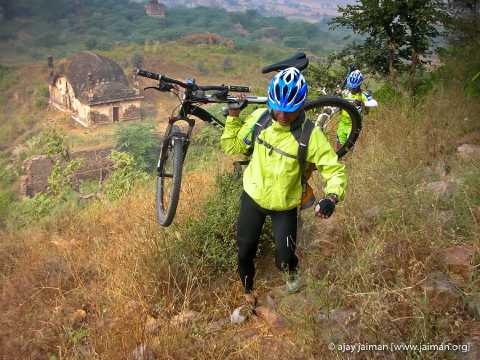 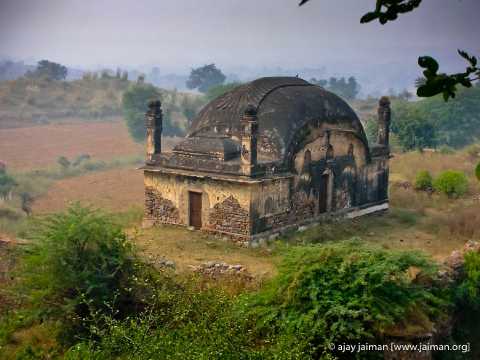 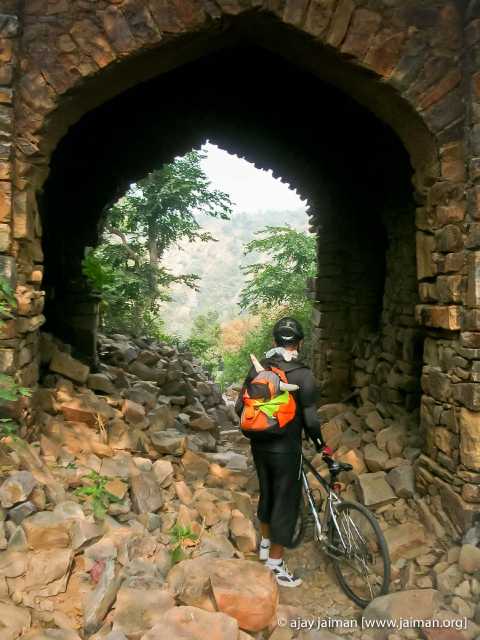 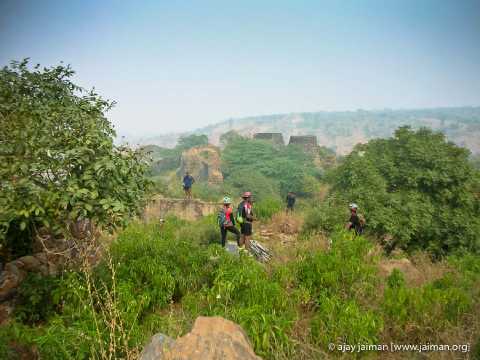 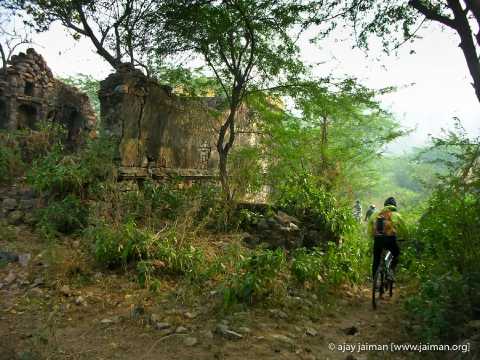 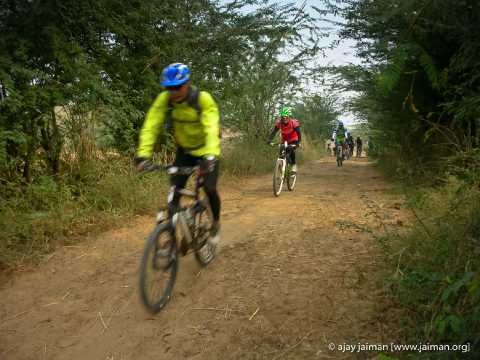 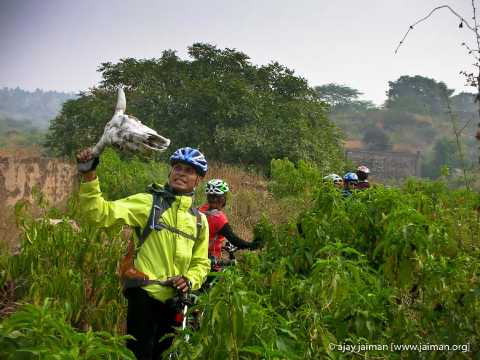 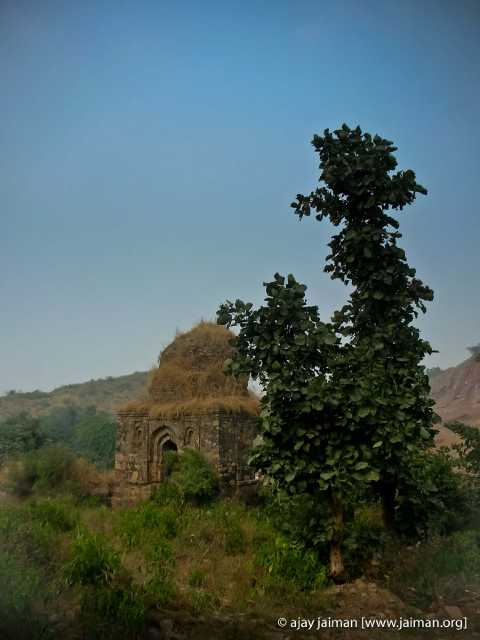 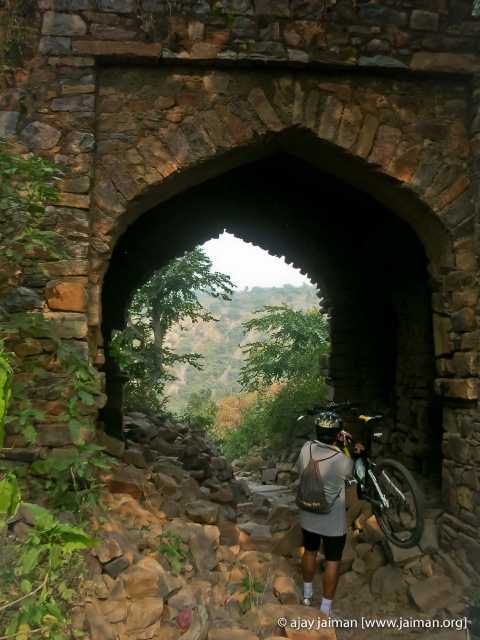 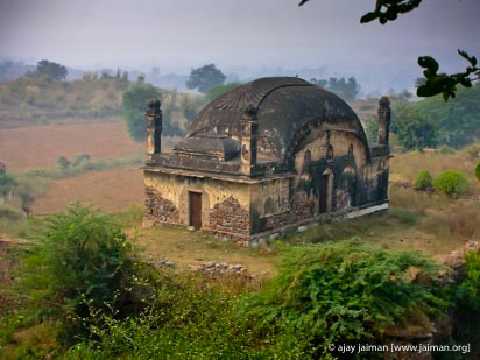 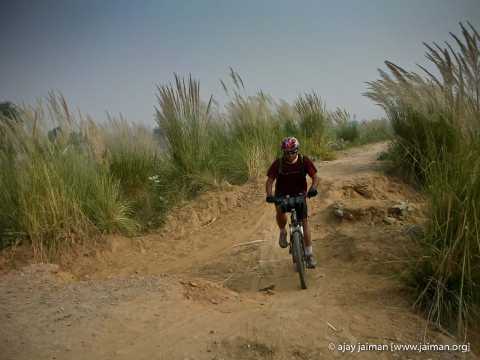 Indorie qila is situated the Mewat area which is considered among the poorest regions of the country. Amazingly it is about 50 kms from the toast-of-the-country ‘millennium city’. I won’t bet on it, but I won’t be surprised if one Gurgaon mall generates more revenue than the GDP of this district. I wonder if that has something to do with the fact that this is the only area that I have encountered hostility towards us cyclists. Kids of this area have, in the past, actually thrown stones at us as we rode past. On this trip too we had a couple of riders loose balance with the onslaught of stones. This time one kid even tried to incite his pet German-Sheppard to go after us. Later some gent caught hold of one of our riders as he was passing by, almost toppling him over in the process. I along with some of the fellow riders walked into the village where the stone throwing kids had run into. The idea was to try and establish what the hostility was about. Clearly it was not personal, because we have never been this way before, and even if we had, we never disturb anybody or come in their way. The older folk, mostly women were not hostile but not very helpful either. So the mystery remains…

Back to the ride. This was not the first ‘century ride’ for many of us, but somehow once you push beyond the 100k mark, it always gets tough. Especially when you ride on a mountain bike and throw in long off-road stretches. For me personally, last 20 odd kms were harder than I anticipated. Probably more so because I had to do it solo. I was accidentally left behind by the group. I came down the Sohna hill and waited with some of the riders for a full regrouping. Once all the riders were counted we started moving. Turns out I was the last to leave, and as I was about to start I realized I had a puncture. I just did not have the heart to call the rest back, it had been a really long day.