Dispatches from the border - II

As you drive on the well-maintained National Highway 52, given the volume or absence of traffic, you experience a serene calm. The assorted trees stand unruffled, kids play quietly in the verandahs, people appear to be talking softly or not at all, men sit bare-chested outside shops and seem to be doing nothing in particular. The Highway itself, as it snakes eastwards, appears to be snoozing in a riot of green – the fresh green of the paddy fields contrasts with the dark green of the banana groves, and the yet darker green-brown of the tall ‘tambul’ trees.

And there is also the assorted green of the bamboo patches next to the nearly green ponds attached to almost every house, thatched or not. Which, incidentally, line the entire highway, interspersed only by occasional ‘pan gumty’. Every few kilometers the thatched houses give way to a cluster of shops, and the place has a name, which I have, by now, given up on writing down. While the entire highway appears to be lined with houses or shops, go hundred meters in either direction and all you encounter is paddy.

Just a few kilometers short of North Lakhimpur, (I can’t see a South Lakhimpur on the map, so why this place is called North Lakhimpur is something I haven’t figured out yet) we turn right at Bohumara to head into Arunachal Pradesh. Very soon you can feel the difference in the air. Literally. The air appears lighter, though I am sure the relative humidity mustn’t have changed much, it feels crisper on the elbow which is stuck out of the open car window. I stick my head out and enjoy the pleasant air, a quick transformation from the heavy and wet stillness I endured just a little while back. We haven’t even gained much altitude, the altimeter on my watch tells me we are at about 700 meters above mean sea level, but I am already experiencing the altitude high that I usually get only once I am above 2000 meters. 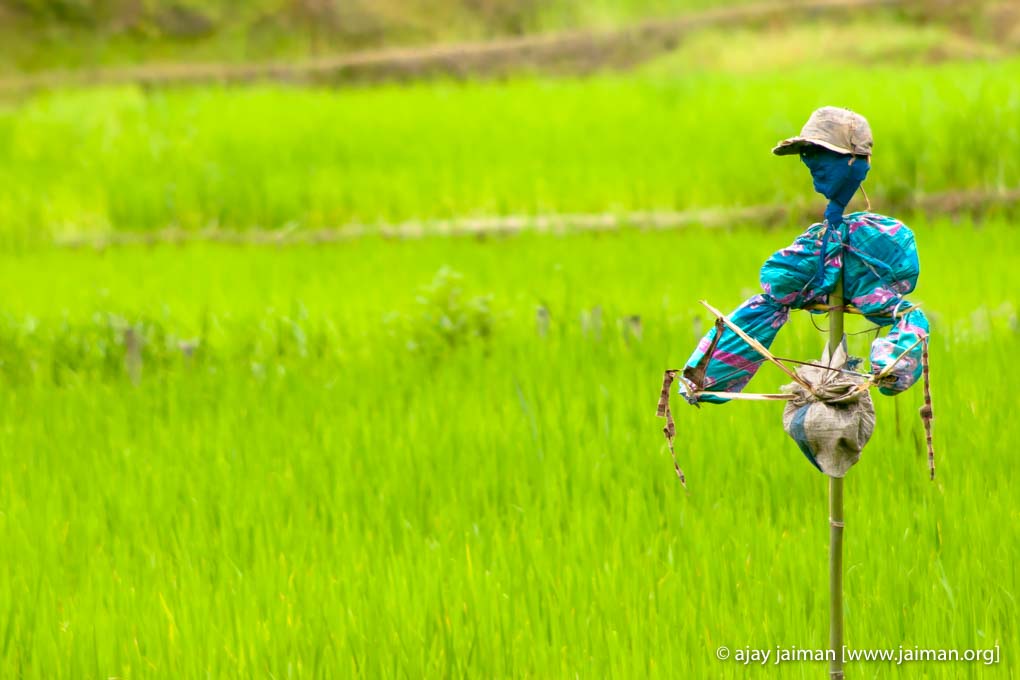 This is not high-altitude, inaccessible, hostile territory. We have been traveling for over an hour and managing to stay at close to 1000 meters. After crossing the thick rain-forest that appeared to be a natural border between this state and the neighboring Assam, we are now rolling along a much more gentle forest. The mountains, or should I call them hills, appear to be dwarfs, have a dark green forest cover and the valley a light almost luminescent light green of new paddy. The road appears to be running literally on top, winding from one dwarfed hill to another. Maybe I was imagining it but I got a distinct feeling that the forests here had a cultivated look about them. As if these were forests planted to replace the real forests that had been hacked down when lumbering was legal.

I don’t know why, but I want to get out of the car and get on a bicycle. Not walk, but cycle. It would be a perfect cycling holiday. There is almost no traffic, the jungles don’t appear to be infested with animals capable of causing any harm, the air is crisp and clean, the gradient is not too steep to require ‘Tour De France’ conditioning or equipment. Maybe another day!

We pass through Yazali and Yachhuli and end up at Jorum Top. Which, as the name indicates, is the highest point on this part of the road, all of 1700 meters. From here you can see low green hills stretching for miles. Standing there, what I saw distinctly reminded me of a child’s school project: small hills with not so deep valleys made out of plaster of Paris molded by small hands. And, having no patience to paint each hill individually, bottles of all available greens poured randomly over it.

I am excited and look forward for more. As we drive down from Jorum Top, I noticed almost a valley full of rubbish, but paid no attention to the meaning of it. Or I would have been prepared. We went around one last hill and were hit in our face, without the warning of typical thin habitation, by a cluttered, dusty – yes, dusty – bazaar. This can’t be it.

Well it wasn’t. This was Hapoli. Though my driver suggested that we should find a place to stay here I summarily dismissed the idea. I wanted to get to Ziro. It would be a travesty to come to such an incredibly clean, beautiful, green valley and then live in the middle of a bazaar. I wanted to hear the jungle and not the traffic, I wanted to smell the air and not carbon-monoxide. The name Ziro had this most mysterious and charming feel to it. No, we must go to Ziro.

Ziro appeared to be a village made up entirely of two rows of thatched bamboo houses lining the main road, which itself runs parallel to an air strip which appears to have fallen into disuse. There isn’t even a fence around the air strip, I doubt if an airplane has landed there in a long while, or intends to, anytime in near future. 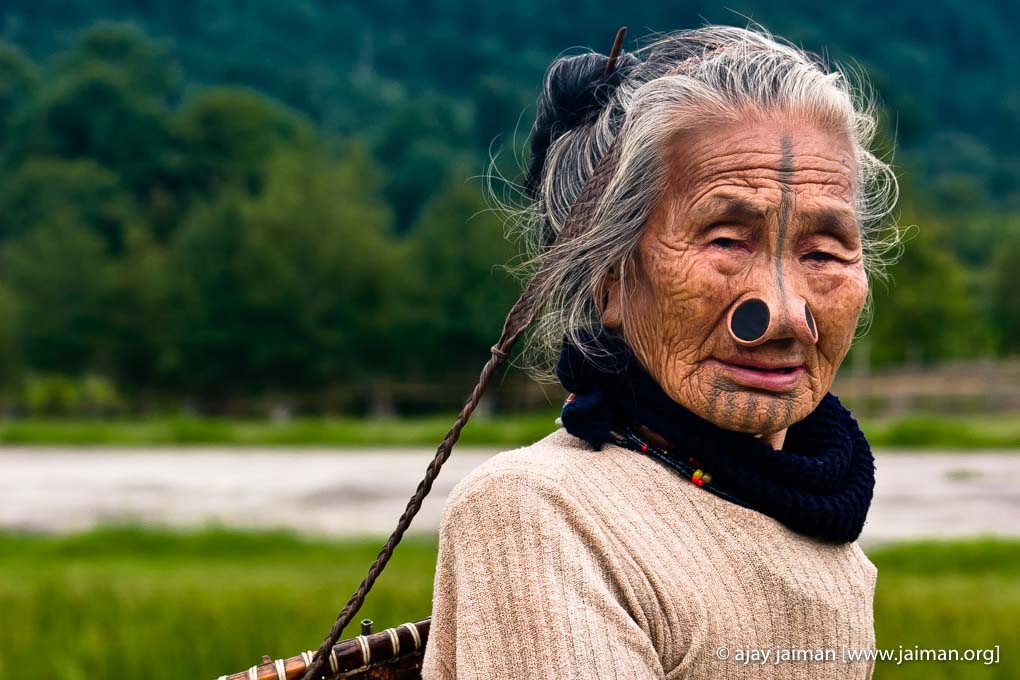 The Tourist lodge is on top of an island mountain in this large flat green valley. As we keep driving up a poorly maintained road, I am getting excited by the prospect of living at such a vantage place. It has a nice, quiet, ‘old-world-resorty’ kind of feel. I can’t wait to see the sunrise from here – provided it is not totally overcast, which is entirely possible. I am too busy working out where the sun will rise tomorrow, as I walk into the small single-story building behind the caretaker who is going to show me the room. Aagh! The place is so bad that it appears expensive even at Rs 150 a night. Really! Though, honestly, I did think twice, what, with this kind of a location, I could camp out. I wish I had carried my tent!

Swallowing my earlier protest, we drove back to Hapoli, when I was told that this was the best, if not, the only place to stay in Ziro. When the caretaker at Circuit House saw that I was not too excited, he nicely told me that all the ‘bada sahibs’ always go and stay at ‘Blue Pine’. So off we went. For Rs 575 I took the deluxe room. I later found that the WC leaked, no, not the water tank, but the bottom thing. Every time I flushed, stuff floated out onto the tiles. Still it was a pretty decent room. And all I needed was a clean place to rest my head, which I had found!

Dispatches from the border - III