Ziro is a quaint name for an unknown town hidden in the undergrowth of the deep jungles of Arunachal Pradesh – a state that is itself tucked away in the north-east of the country and is clearly not on the tourist map. Just the kind of place I long for

A rather upright hill in the middle of an expansive, flat valley that jostles with lush green farms and endless bamboo groves, houses this little guest house. It just sits there whitewashed plastered bamboo walls and rusted tin roof, under a glorious blue sky and stinks to high heaven. A pity? Or perhaps a minor inconvenience for keeping the geography inaccessible to people who don’t yet know how to drive without high-beam or use a camera without flash. 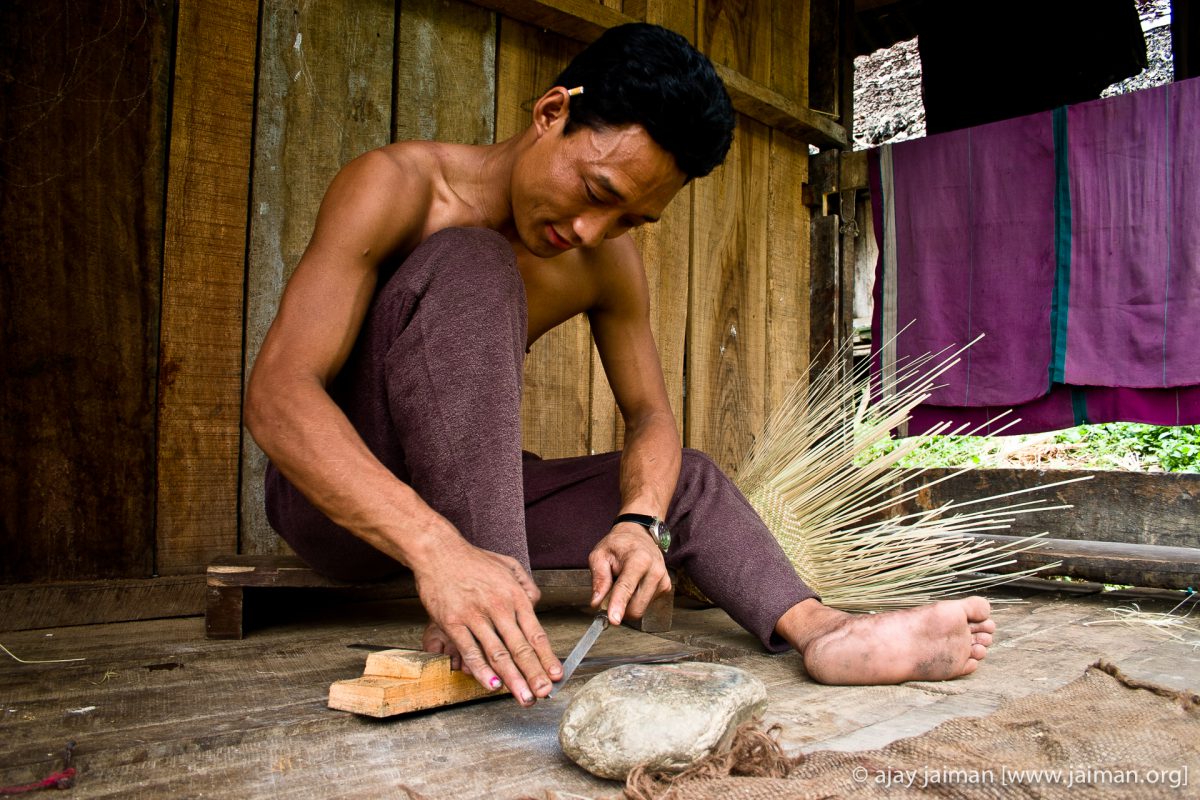 But then you do not go the other end of the world – trust me, that is how getting there feels – to enjoy the hotel. You’d rather just stay out in the country side, spend time with the locals and get to know their customs. And this part of the world has a lot of it – inhabited by Apatani tribals, whose women have traditionally worn large nose plugs and characteristic tattoo on their face, running from the forehead to the chin. Ostensibly these practices were supposed to make their women unattractive to the males of the neighbouring tribes.

They of course make compelling portraits, and I chanced upon one such lady sitting on the ground in her doorway and busy with her housework. You could tell that her eyesight, like her tattoo was beginning to fade. I am sure she would have weathered many a storm, and now in the winter of her life she just sat there upright, and did what she had to do, with absolute dignity.

She did not seem object to my approaching her tentatively, as I often do, to ensure that I don’t infringe someone’s privacy and am always willing to apologize and quietly retreat if they express displeasure. She did not even seem self-conscious as I knelt down to make some portraits. Pleased with what I saw on the small screen of the SLR, I stepped forward to share it with her. Perhaps I crossed some cultural barrier or perhaps she mistook my advance as a threat, the old lady literally sprang up like a young martial artist and threatened to attack me with the long knife she had in her hand. I suspect she did not intend to hurt but teach me some etiquette. And I must say she succeeded, as I now approach older women folk even more carefully. 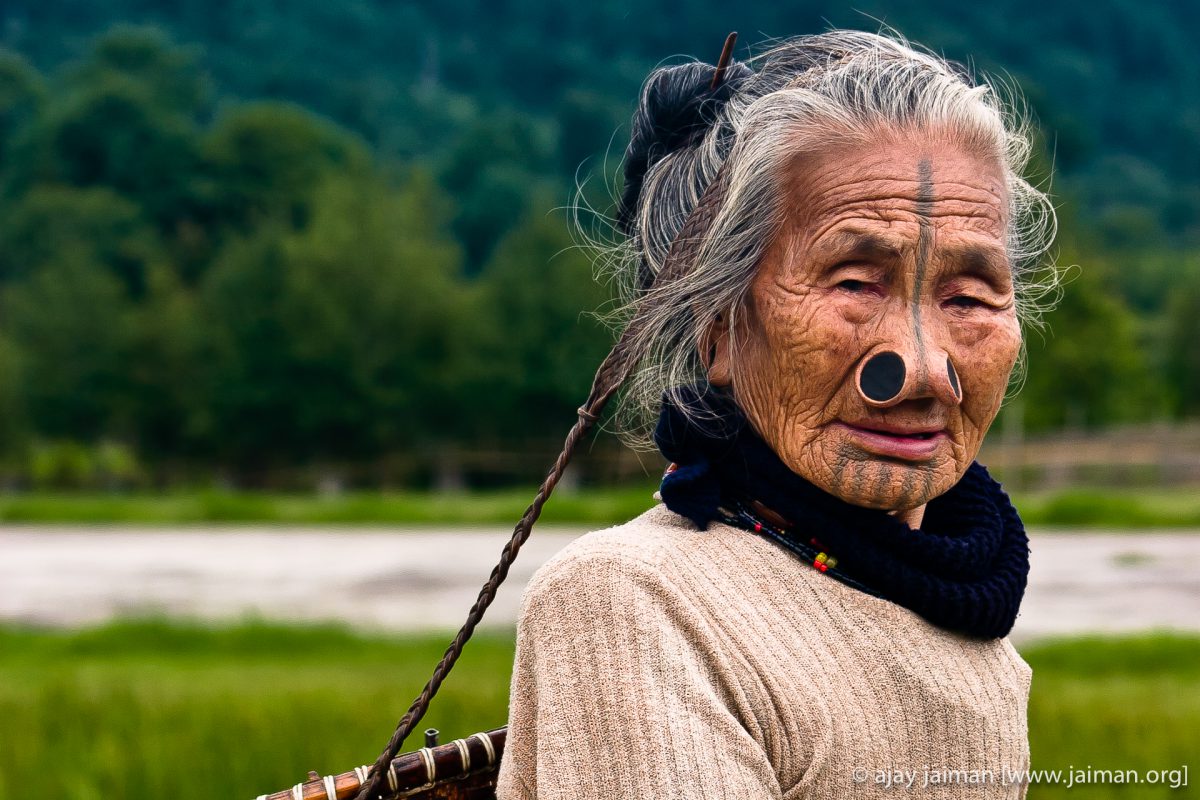