Note 1:
This started out as a letter to my daughter who goes to college this year. But once I started writing I thought that others who go through the college application process (and their parents, perhaps) might find it useful too.

Note 2:
I have no specific qualifications to comment on college or children, other than that I went to college once and have had the pleasure of growing up with two kids of my own. Since I lack credentials I make my argument by drawing on the work of others who have real credibility. 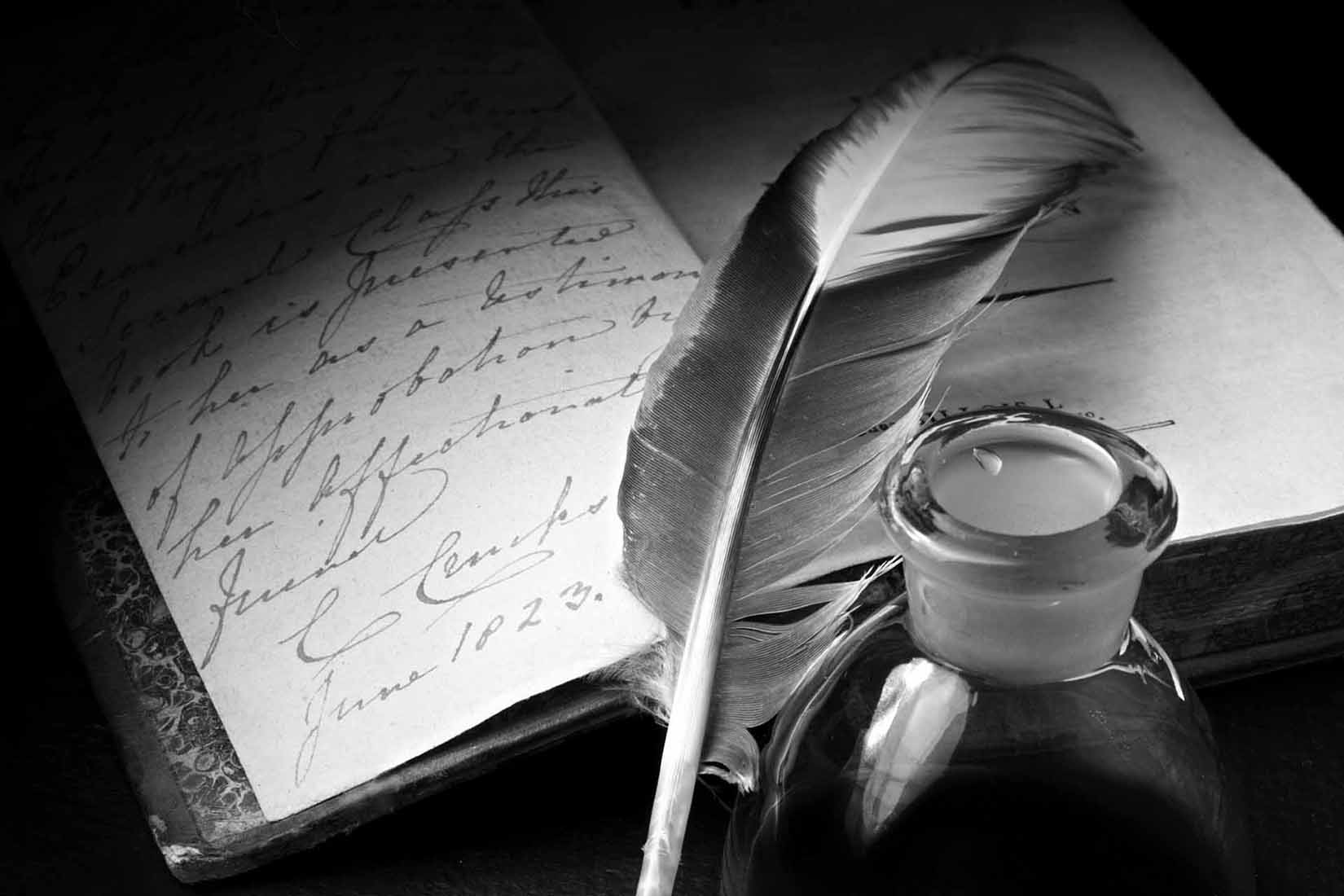 As you buckle down for your board exams and await college admission results you may recall that I have never wished you luck before your exams. I have also never specifically enquired about the results of your exams. You may have wondered why? Or you may have attributed that behavior as just one more oddity in your old man. I am not exactly sure why I did so, but perhaps one reason could be that I have come to believe that performance in school exams has very limited ability in predicting long-term human flourishing.

That is exactly how I feel about school leaving exams, which often have a significant impact on college admissions. Ditto with other standardized tests designed for college selection.

My goal is not to discourage you from making an effort at your school leaving exams. Far from it. However, I wish to make an argument that an individual is not defined by the college they go to. Which college admits them and which rejects them is not a measure of a person’s worth, or lack of it. In the long run neither event will turn out to be as significant as it may seem now. It may be possible to extend this argument beyond college admission to other third-party judgements but that is beside the point right now.

Argument # 1:
The college admission process is not a neutral or objective measure of the candidates’ worth:

In ‘The Hidden History of Admission and Exclusion at Harvard, Yale, and Princeton’ Jerome Karabel chronicles a blatant history of anti-Semitism in some of the world’s most renowned universities. In the 1920s these elite universities introduced a new admission policy mainly to limit the intake of Jews who were academically outperforming the rest. The new policy required that, in addition to academic qualifications, the students needed to display extracurricular and athletic achievements, present letters of recommendations and attend interviews. Thus tilting the balance back towards the ‘gentlemen’ of the ‘right’ social class.

I am not arguing that contemporary universities have continued to be racist in their admission process. Most, I suspect, have responded to modern demands of diversity, democratisation, and even affirmative action. Many also have to address their need for fresh endowments.

The critical point being that the colleges are driven by their stated or unstated social, cultural, economic and political mission/agenda. A student’s ‘ability’ is perhaps just one criterion in the overall admission process.

Argument # 2:
Admission or denial of admission is, at best, a judgement of an individual’s application:
What a student has been able to achieve and display on their resume does not necessarily reflect their worth. What a student displays is often circumscribed by the opportunities encountered or made available by parents, school and society in general. Examples abound of wealthy and well-connected parents organising resume-stuffing for their kids. Sometimes through acts that may seem less than fair. John Rawls, an American moral and political philosopher has forcefully argued that “No one deserves his greater natural capacity nor merits a more favorable starting point in society.” Those who manage to beat the admission system are not necessarily more worthy than those who couldn’t.

Argument # 3:
Grant of admission in a prestigious institution is not a proof of superior ability or skill.
Sebastian Thrun, co-founder of Udacity, used to teaching Computer Science at Stanford University. In 2011, as an experiment, he decided to put the material for his course – Introduction to Artificial Intelligence – online. And that act pit elite Stanford students with kids and adults from all over the world. The surprising result: the top Stanford student finished 413th in the class. It is worth repeating the finding: 412 students from outside Stanford fared better than the best Stanford student. Worth reiterating that many smart people do not make it to the best colleges and universities for a variety of reasons.

Argument # 4:
Admission is not an honour or just reward for an individual’s virtues. Michael Sandel, the famous Harvard professor and author of ‘Justice’, argues in that book that colleges find it hard to ‘dispense with the idea that their role is not only to advance certain ends but to honour and reward certain virtues’. Therefore they continue to send out letters to applicants with ‘congratulatory, honorific rhetoric’. The letters that the professor would rather have sent out are these:

We regret to inform you that your application for admission has been rejected. Please understand that we intend no offense by our decision. We do not hold you in contempt. In fact, we don’t even regard you as less deserving than those who were admitted.

It is not your fault that when you came along society happened not to need the qualities you had to offer. Those admitted instead of you are not deserving of a place, nor worthy of praise for the factors that led to their admission. We are only using them—and you—as instruments of a wider social purpose.

We realize you will find this news disappointing. But your disappointment should not be exaggerated by the thought that this rejection reflects in any way on your intrinsic moral worth. You have our sympathy in the sense that it is too bad you did not happen to have the traits society happened to want when you applied. Better luck next time.

We are pleased to inform you that your application for admission has been accepted. It turns out that you happen to have the traits that society needs at the moment, so we propose to exploit your assets for society’s advantage by admitting you to the study of …

You are congratulated, not in the sense that you deserve credit for having the qualities that led to your admission – you do not – but only in the sense that the winner of the lottery is to be congratulated. You are lucky to have come along with the right traits at the right moment. If you choose to accept our offer, you will ultimately be entitled to the benefits that attach to being used in this way. For this, you may properly celebrate.

You, or more likely your parents, may be tempted to celebrate in the further sense that you take this admission to reflect favorably, if not on your native endowments, then at least on the conscientious effort you have made to cultivate your abilities. But the notion that you deserve even the superior character necessary to your effort is equally problematic, for your character depends on fortunate circumstances of various kinds for which you can claim no credit. The notion of dessert does not apply here.
We look forward nonetheless to seeing you in the fall.

Argument # 5:
Not getting admitted to your dream institution may not be as bad is it seems. It may even be good. Or the potential advantage of apparent disadvantages.

While conducting research for the US Army during the Second World War Samuel A. Stouffer found that soldiers measured their personal success in the context of the unit they served instead of the standards in the armed forces in general. His relative deprivation theory is now part of established social science scholarship.

In “David vs Goliath”, Malcolm Gladwell uses the relative deprivation theory to argue the potential advantage of apparent disadvantages. He makes a case that the elite universities are not automatically better for everyone. He presents the case of ‘Caroline Sacks’ who was 99th percentile worldwide and got into Brown University to study science. But there she felt relatively stupid compared to many of her fellow classmates. She eventually quit science. It is hard to make counter-factual claims but if relative deprivation theory is right, it may be reasonable to infer that she may have done better or would have been more productive and happier studying science at a ‘lesser’ college.

I hope I have made my case that getting admitted into your dream college is not necessarily the best thing that can happen to you. Nor is NOT getting in the worst thing. Human life draws meaning and worth from countless experiences; college admission is just one of them. I realise that equanimity and humility are not values treasured by the hyper-socialised contemporary world driven by each ‘like’ and ‘thumbs-up’, still it is worth considering.

You may find it odd to hear me draw upon the Bhagavad Gita, but you can’t but marvel at the wisdom of the pithy Verse 47 from Chapter 2. It urges you to perform action without entitlement to the fruits of your actions. I realise that the idea that you aren’t really the cause of the results of your actions is not easy to keep in your head. However, as you become old enough to step out in the world, remember what you have told me many times: ‘You do you’. And let the world do what it has to.