Who cares about bicycles or about climate change?

Since Delhi climate bicycle ride was going to be only 11 kilometers and on the Bus Rapid Transit (BRT) corridor, I thought it might be fun for my 10 year old child to participate in, and also get a taste of an environmental movement.

When we reached the venue the first thing that crossed my mind was, where are the people? I knew we were just a little bit behind schedule, but the place looked totally deserted. I later figured that there were only about 50 or 55 people who had turned up for the event. 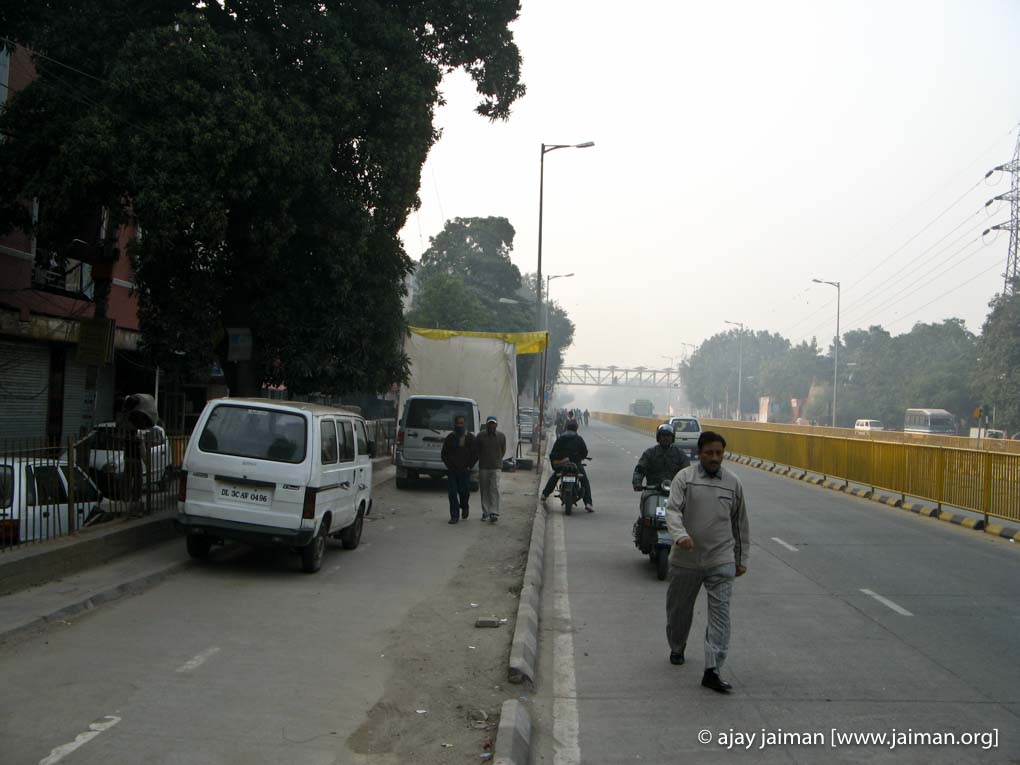 Pedestrians are being forced to walk on the road, cars are in the cycle lane, and of course the pandal is smack in the middle of everything

In hindsight, given how much attention Cancun is getting, is it any surprise that so few people turned up for this event. Or that the Gurgaon critical mass is defunct. It seems to me that the wealthier nations (and the wealthier people of a nation) don’t care and the poorer nations (and the poorer people of a nation) can’t. I suspect tens of millions of people in this country ride a cycle, only because they can not afford a motorcycle or car. And are anxiously waiting to make the switch.

At the ride itself I had mixed feelings – it was important fro me, and I could sense that it was important for my daughter, but I also knew that it made absolutely no difference to anybody else, even to those on the road beside us. For most people it was just another day and they continued to break every law in the book with impunity, as they’d do on any other day. 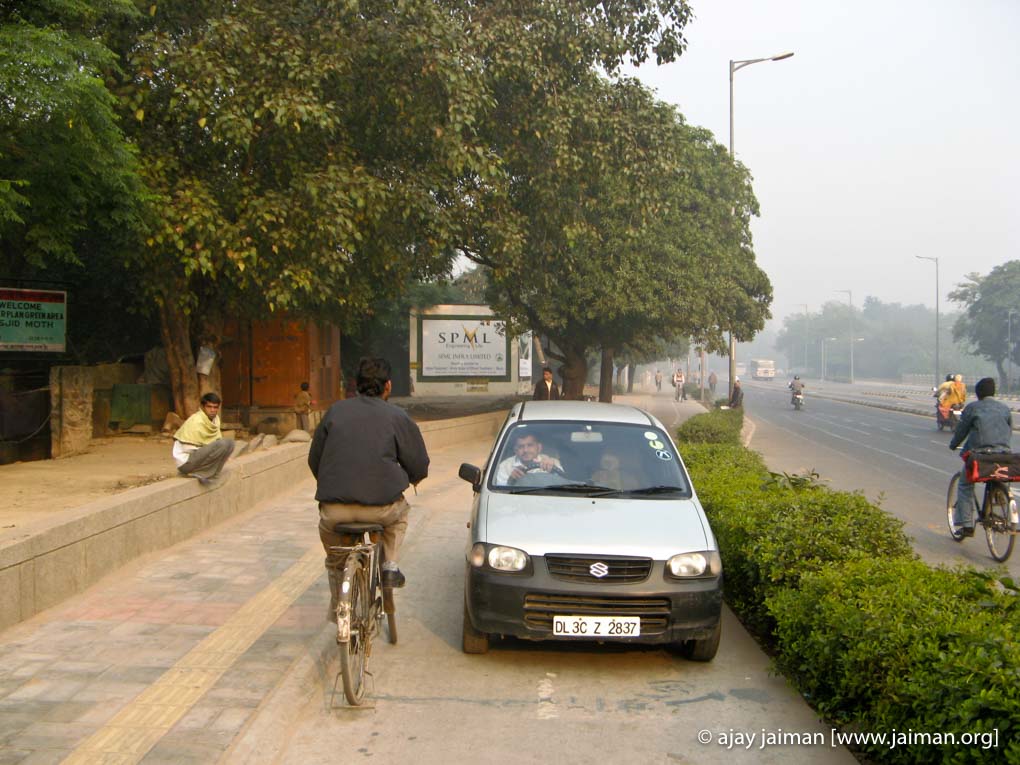 We made a little game of counting blatant disregard for law. Here is what we found:

At the end of the day I was left wondering, if this was the condition of what might be India’s most talked about rapid transport corridor, manned by hundreds of traffic marshals, what hope do we have for a the rest of the country.