Dispatches from the border

A two and a half hour flight followed by a one hour helicopter ride, leading on to 17 hours in a taxi, is a long way off from Delhi. And here I am sitting by a mist-covered lake at an altitude of over 4,000 meters and talking to Ling Tung Tsiring who lives here and tends to ‘Chomus’. 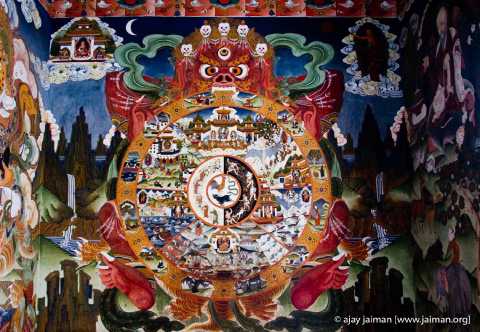 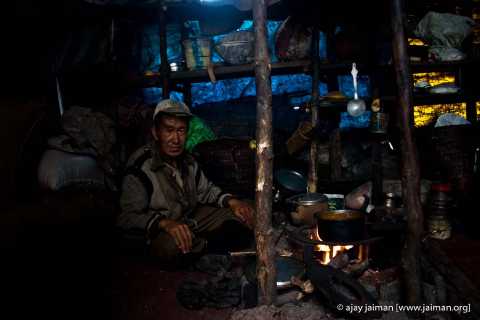 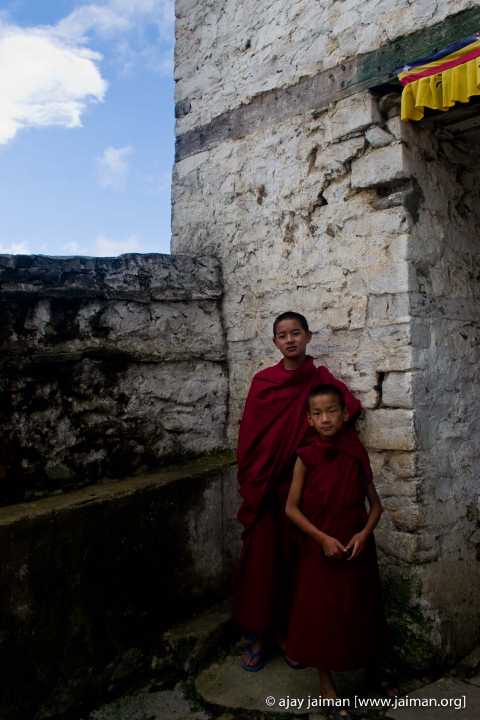 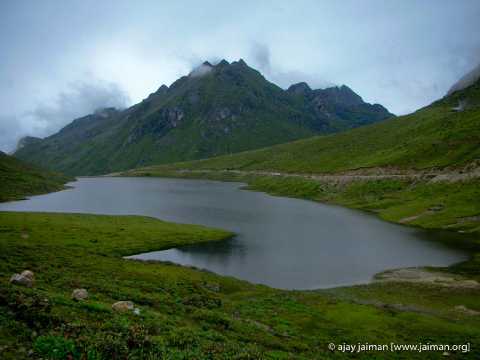 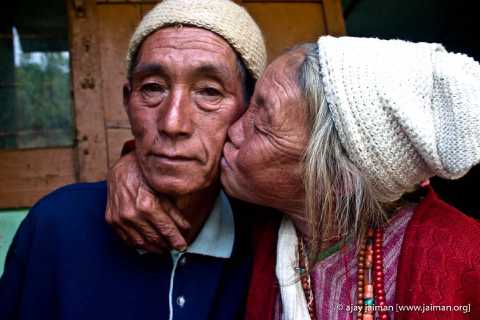 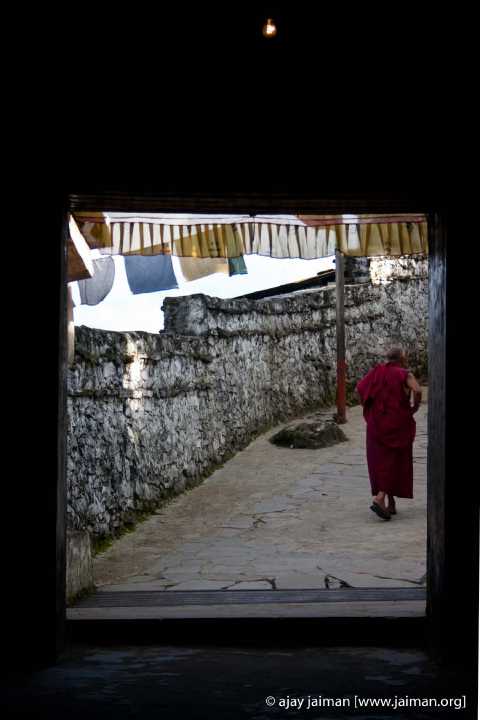 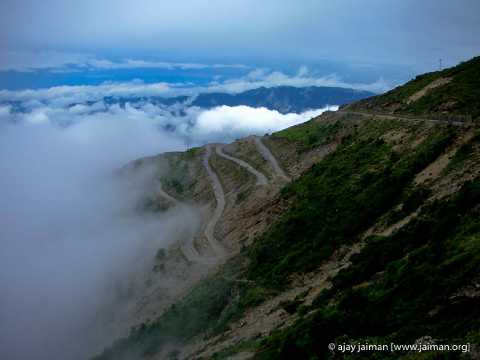 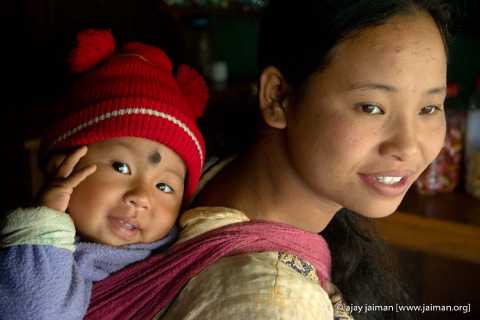 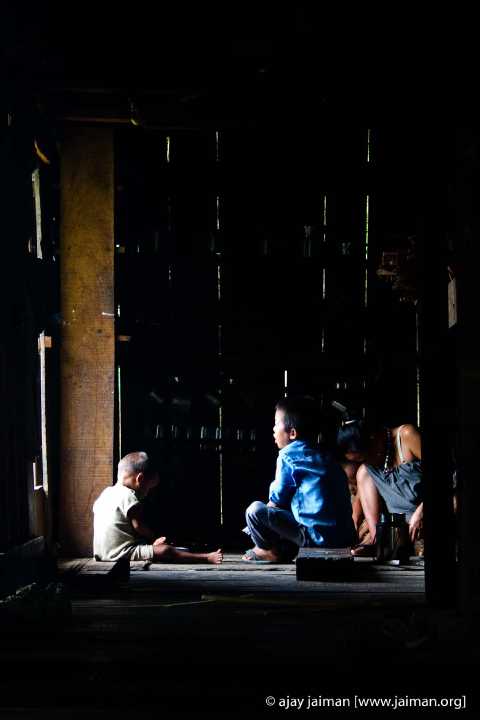 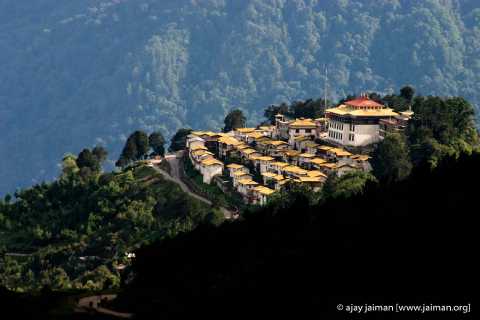 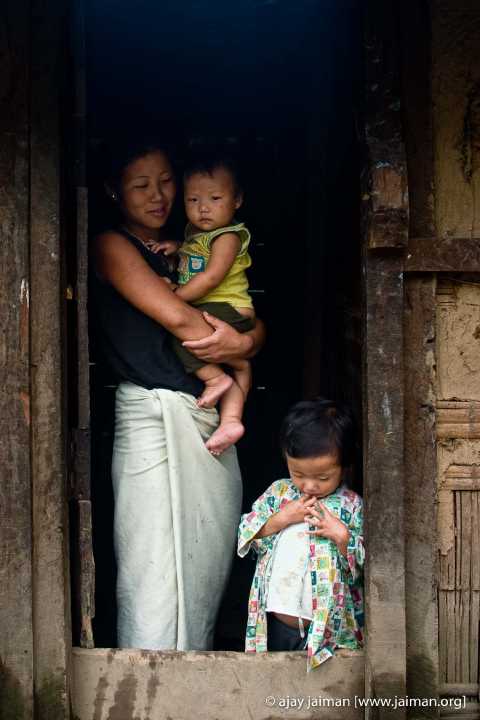 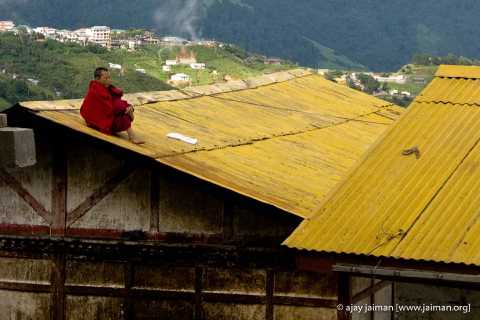 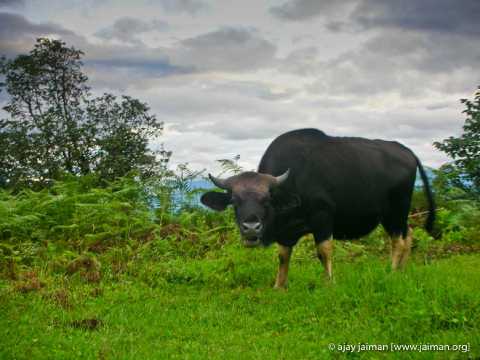 A ‘Chomu’ is a cross between a Yak and a bull, he tells me. “It gives more milk than a Yak, but the best is the cross between a ‘Mithun’ and a Yak,” he adds. Not to be confused with the actor, ‘Mithun’, as I had found out earlier in the day, it looks like a buffalo but it is not known for its milk, but its taste!

We are in the North-West end of Arunachal Pradesh, not very far from Bhutan and Tibet. Locals, I am told, regularly walk across to Bhutan. China, of course is steeped in the history of this place.

The lake itself has seen action during the 1962 war. On our way here we passed hundreds of small bunkers. Bunkers that have obviously not been used since, and have been taken over by wild grass and shrubs. It is easy to miss them if you are not looking carefully.

For eight months of the year Tsring lives here, right next to the lake, and processes Chomu milk into ‘paneer’ and ‘ghee’ for the Tawang Monastery. Tawang, he tells me, was a monastery much before it became a town. He proceeds to tell me the story behind the name.

Apparently, a long time ago, a guruji was looking for a place to build a monastery but could not find one he liked. But his horses did. While he kept looking around, his horses would home in on a small lake every day. No matter where the horses went, they would always end up next to this particular lake. Hence, guruji decided to build the monastery by this lake and named it ‘Tawang’ - which means, the horses have come.

As we walk to Tsiring’s hut, he tells me to be careful of the baby Chomus, the mothers are very possessive and will attack any stranger - they aren’t used to seeing too many of them. The small tarpaulin shed has barely enough space for two people to sleep and offers little protection from the elements. The only complaint he had was against some department that had brought non-indigenous fish to the lake. “They ate up all the local fish,” he tells me.

We sit there and talk but I keep getting distracted by the view. I can see the lake, the small hut just beyond it, the Chomus and the odd horse grazing. The next instant it is all gone - shrouded in a deep white veil. Moments later, a perfect blue sky peeks out, framed by clouds. The next instant it is all white again, even Tsering’s face is cloudy. He tells me the name of the lake and the story behind it, but by now I am totally distracted. The lake has literally caught fire. The sky displays little signs of a setting sun but the lake surface has turned orange. I have to take some pictures. Even though I know this is risky. The friendly army man had allowed me to go up only when I had promised to be back by dusk. The driver is getting edgy - he has told me umpteen times that it is impossible to drive in these parts once the sun goes down.

Eventually, I give in without juicing the last ounce of a great photo op. I am glad I did. The driver, familiar with these driving conditions, knew,

(as I experienced first hand) that when clouds descend on to the road the headlights just illuminate the clouds and not the road. Trying to make the most of the little light passing through the clouds we literally zipped through the treacherous roads nearly blind.

I did survive to tell the tale… with a firm resolve to go back and camp with my new friend for a few days. As for Tsring, when I sought his permission, thought I was joking!

Dispatches from the border - I